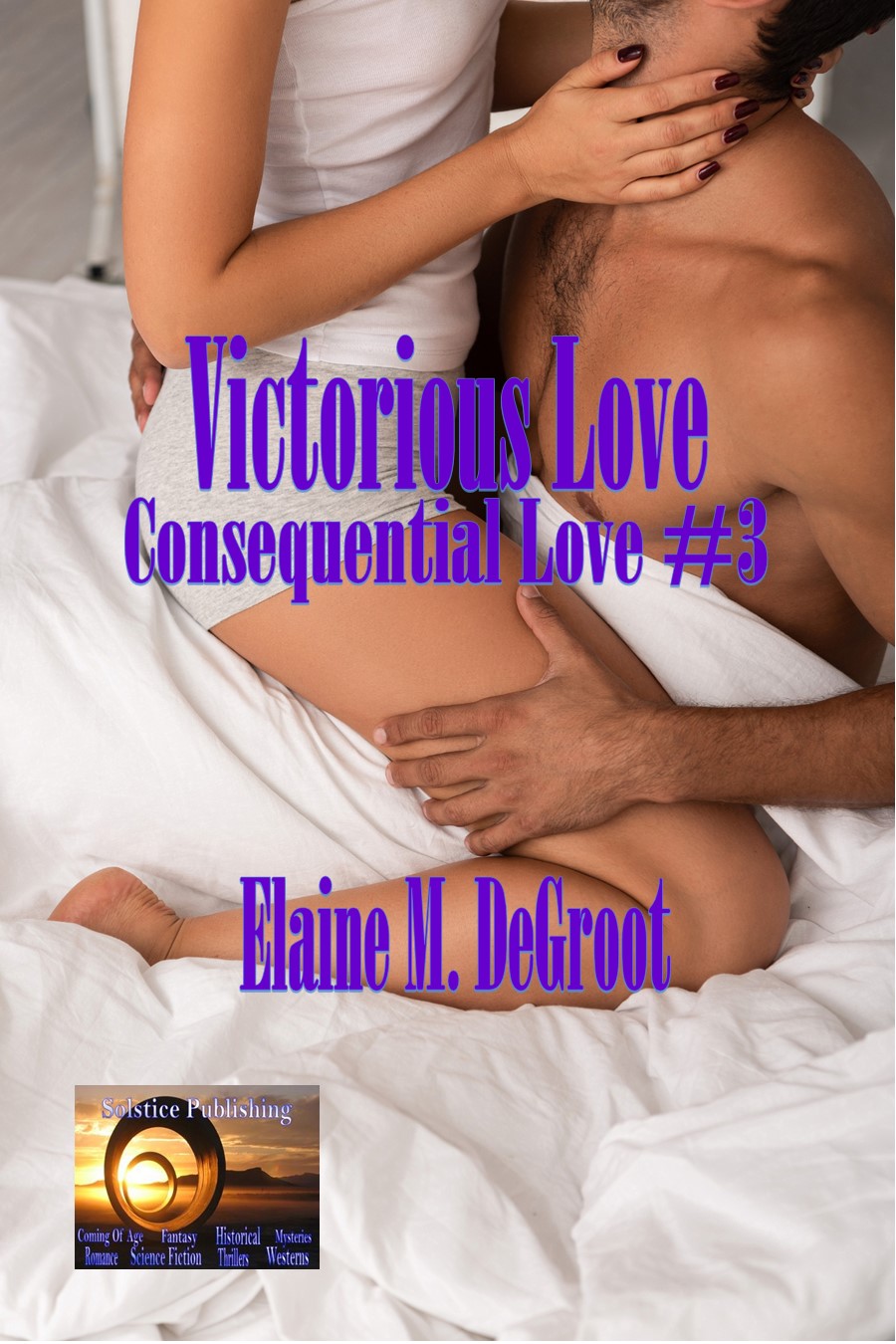 Darkness shrouded everything in sight, looking left and right he couldn't locate her. He fought down his growing panic.

A dark figure stepped out of the gloom. Andrew Klein materialized before him.

"Where is she?" Garrett resisted clamping his hands around the other man's throat. "What'd you do with her?"

The man didn't respond, but his sneer mocked Garrett.

"You took her; I know you did." Garrett edged closer, stopping when Klein drew a gun from his jacket pocket. "Where is she?"

He blinked his eyes open and stared at her still caught in the throes of his nightmare.

"You were dreaming and woke me up."

"Sorry. Was I moving around too much, or did I kick you?" He reached for her intent on reassuring himself she was sitting beside him.

"No, I'm fine. You called out my name and woke me up. What were you dreaming?"

"Nothing, let's go back to sleep." He scooted under the covers and patted the space beside him. "Come here."

"Garrett, you dreamed of me; describe what happened in your dream." She crossed her arms, covering her bare breasts.

"No." He snuggled deeper in the covers.

"Because I had a dream, nothing else."

"Well, your last dream was more than a dream, wasn't it? You dreamed Jonas Klein held me captive and what happened? He grabbed me and held a gun to my head. Didn't he?"

A deep sigh escaped, and his head began to throb. "And your point is?" He hoped she'd drop the subject but knew she wouldn't.

"My point is when he acted, we were prepared because of your dream."

"Well, I believe your dreams extend beyond normal, they're predictive and special."

"No, my dreams and nightmares are the same as everyone else's. Now can we please sleep?"

"No." She used a play from his playbook.

"Please drop it. A dream is a dream not a forecast for the future."

"I don't believe you." She peered at him with curiosity. "You've been holding out on me; your dreams are predictors of the future."

"Garrett, please tell me." Her voice quieted from her louder demands.

"Because it's a dream, a lousy dream." He flung off the covers and stormed into the bathroom. He didn't slam the door, nor did he turn on the light.

Unwilling to let him win by walking away, she followed him. She stopped at the doorway, spellbound by the sight of him standing at the sink without a stitch of clothing on. The nightlight reflected off his bandaged chest reminding her of the dangerous nature of his profession. He massaged his temples as though his head would burst open.

"If you tell me everything, your head will quit hurting." Her soft-spoken words sliced through the tension between them.

"I doubt it; it's never worked before," he grumbled to himself.

"What do you mean it never worked before? When before?"

He groaned. Why utter those words out loud when she stood within hearing distance? Did he unconsciously seek this discussion? No, not now, not ever.

"Please don't obsess over this, Leigh; can we go back to sleep now?"

"No, you're hiding something important." She sat on the edge of the tub. "You'll feel better after opening up to me."

"Somehow I doubt discussing my dreams will cure my headache." He shook his head.

"Let's crawl back in bed where you can tell me all your secrets." She stepped behind him, and slid her arms around his trim waist, pulling him against her. Placing kisses along his back, she worked on coaxing him. "Secrets shouldn't exist between us."

The sensation of her breasts rubbing against his back eased his headache a bit. "Wouldn't the better idea be I make love to your glorious body?"

He quirked an eyebrow at her reflection in the mirror and turned in her arms. Lowering his head, his full attention focused on her breasts. His lips and tongue performed exquisite maneuvers and distracted her.

The unexpected attention thrilled her. She gasped as a tumultuous flood of emotion rolled over her. When her head fell back, her breasts sank deeper into his clutches.

He didn't play fair as his right hand caressed her in a quest down her side and across her stomach until he reached the area between her legs. Fingers toyed with her tight curls before one finger entered her heated moistness.

The motion of his finger plunging in and out drove thoughts of his dreams out of her mind.

"Fairness is overrated. You desire me as much as I do you." His voice soothing and persuasive.

When she closed her eyes and hummed agreement, he gathered her in his arms and carried her to bed. Settling between her legs, he held himself in check and pressed into her with slow precision. He teased her by retreating and advancing without fully encasing himself within her.

She moaned, raised her hips, and grabbed his buttocks in a personal message of her need for him and her impatience for a completion of their coupling.

Her message ripped through him with clarity and urgency. In one strong-swift thrust, he filled her and lost himself in a fierce rhythm of fulfillment.

They clung to each other as they neared their sexual release. Within moments, they collapsed together, exhausted, and breathless.

"Tell me about your dreams." Intent on his capitulation, she attacked with her fingers caressing his back, moving up his neck, and into his hair.

He raised up on his forearms and gazed into her eyes. The release of a deep breath signaled his surrender.

"The experts say dreams are how your mind sorts out all the inputs received throughout the day. Nothing further to the mystery."

"But your dream of Klein and me, the dream came true. If not for your dream, we wouldn't have been prepared for what happened." She studied his face. "Dreams aided you before, haven't t they?"

"Did you dream of the action while you were deployed? I can't imagine what prophetic dreams during a war would consist of." She waited for his reaction, but his expression didn't change. "Did you dream of your former partner, Tess?" She caught a flicker of his eyes and jerked upright. "Oh my gosh, you dreamed of her death."

"Do you enjoy tormenting me?"

"Not at all." Her hands massaged his shoulders.

"You're not dropping this, are you?"

She shook her head, and he sighed in resignation.

"As you guessed, I had a dream that involved Tess, Klein, and me. The stupid thing ended with the sound of gunshots but nothing else. Even though the dream aspect embarrassed me, I mentioned it to her in the morning. She listened but dismissed it as nothing other than me being concerned and having jitters before an operation. I couldn't convince her into taking extra precautions. When I reached her, she choked out an apology for not taking my dream seriously enough, and then she died in my arms." His eyes closed against the memory. "Are you satisfied now?" His eyes flashed icy blue at her when he opened them.

"I'm so sorry. The last thing I wanted was your memories being opened and bring you pain." She wiped at tears running down her cheeks.

"More like being ripped open." His sarcasm dripped from his words. "You're a bit late with your sentiment."

"What was tonight's dream?" She held his eyes and tried not to flinch under his harsh scrutiny.

"I couldn't find you and then Andrew Klein appeared. I demanded he tell me what he did with you, but he didn't respond. When I advanced on him, he pulled a gun."

"And then what happened?" She hung on his every word.

"Nothing, you woke me up. Can we sleep now?"

"That's a rather disappointing conclusion after my pestering you for answers."

He shrugged in reply and then drew the covers up and over his shoulder as he rolled away from her.

She gazed at his covered form and sighed. "Good night, Garrett."

Unsure whether he welcomed her nearness, she spooned with him. She met no resistance as her hand snaked under his broken arm and rested against his chest.

"I love you," she whispered.

A slight pressure on her arm was his only response, so she relaxed knowing he forgave her for her persistence. 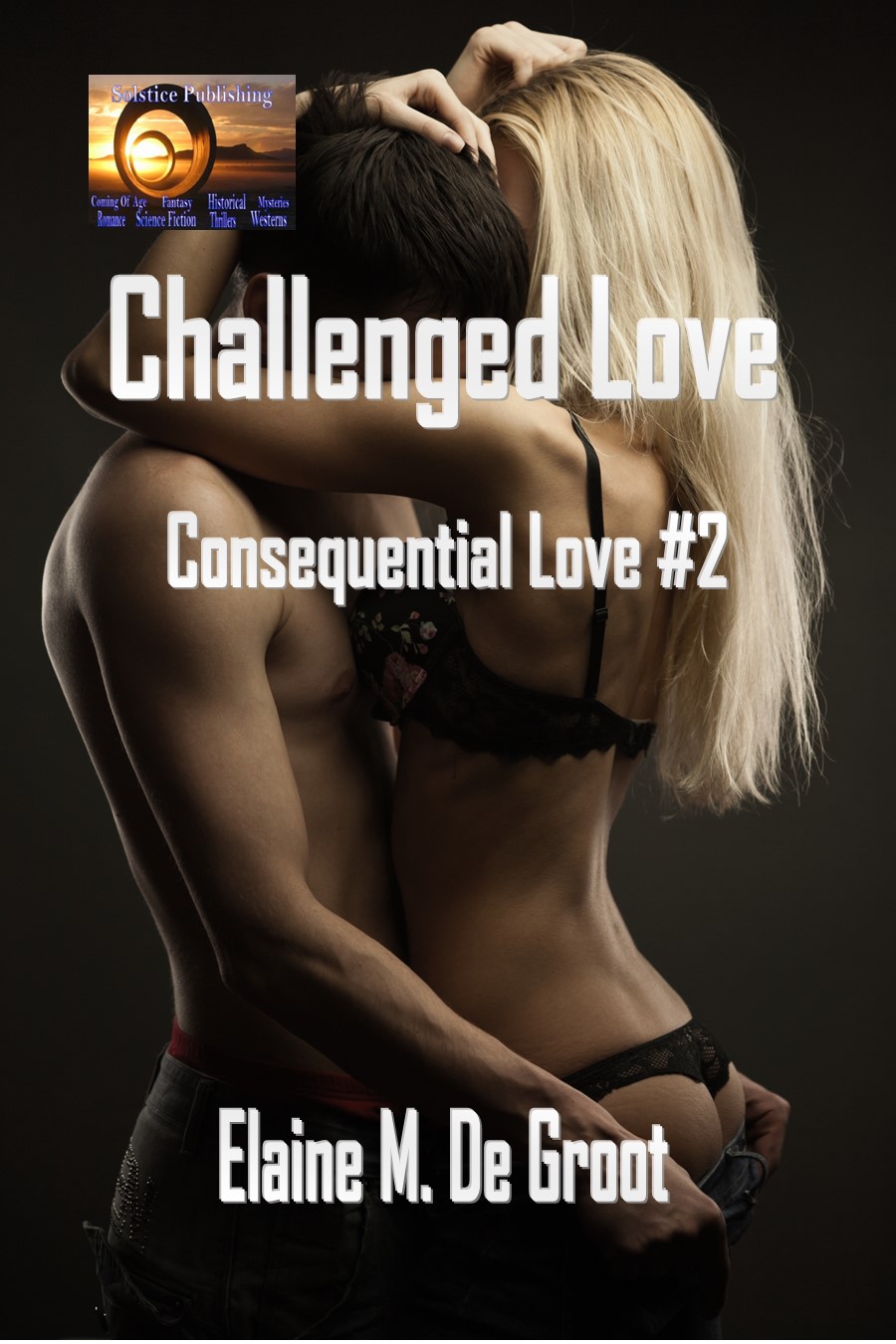 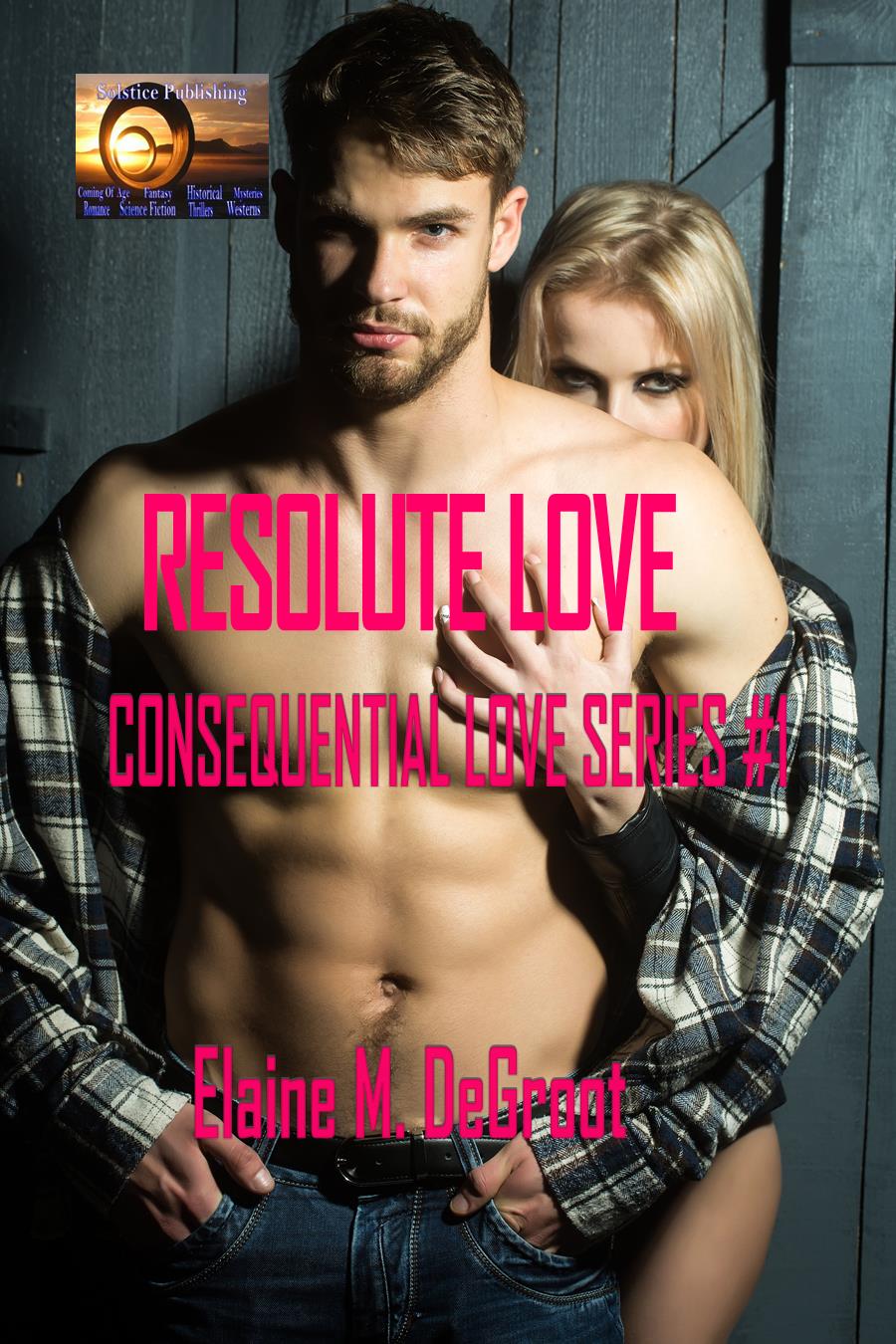